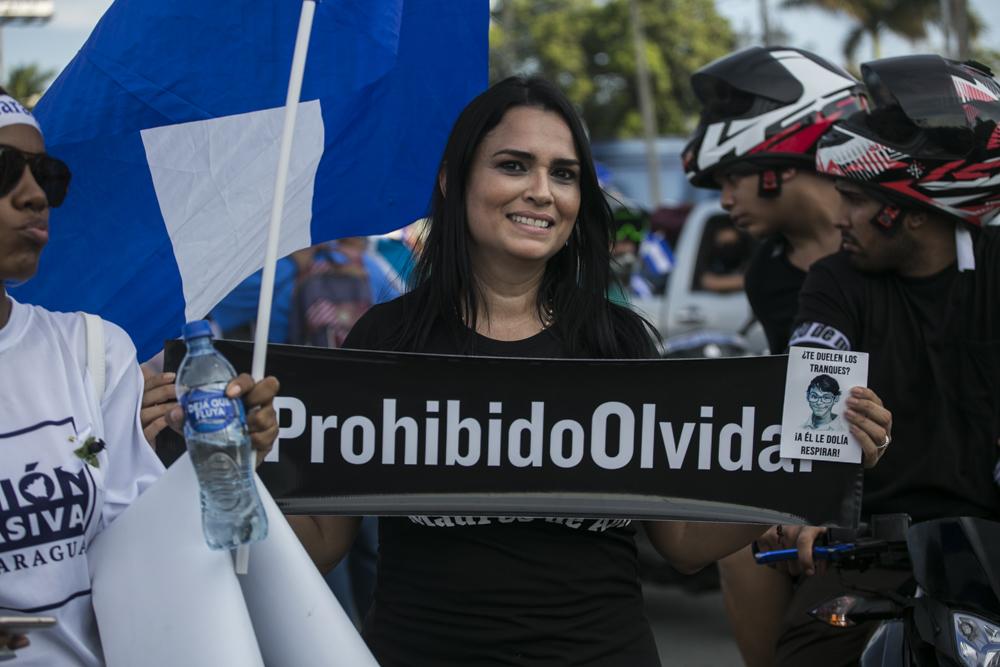 Nicaragua has now reached six months of a serious socio-political crisis, the worst of the last four decades, without any signs that the crisis will be over soon.

The Government’s response to the protests that began on April 18 has left more than 320 dead, 2,000 injured and hundreds of detainees, according to the Inter-American Commission on Human Rights (CIDH). The government refuses to resume dialogue with the opposition, although it admits that the fragile economy of the country, paralyzed by the crisis, has reached catastrophic levels.

These were the main events of the last six months:

April 18: About 60 people protesting against a social security reform are attacked with rocks and iron pipes by government supporters in Managua. Similar incidents are recorded in the cities of León (West) and Matagalpa (North).

April 19: The Sandinista police dissolves a university protest in Managua, leaving three dead and 37 injured. The demonstrations extend to 11 cities, and many protesters get shot and wounded.

April 23: Thousands of people participate in a huge self-convened peaceful demonstration. Similar marches are held thereafter in the capital and the rest of the country.

May 16: The national dialogue between the Government and the recently created Civic Alliance begins, with the mediation of the Episcopal Conference of Nicaragua (CEN). Students Lesther Alemán and Madelaine Caracas, among others, confront Daniel Ortega on live broadcasting.

May 23: The dialogue is suspended due to a lack of consensus: while the opposition demands the resignation of Ortega and early elections, the government focuses on the removal of the road blocks and refuses to embrace the dialogue’s agenda of a democratisation of the country.

May 30: A huge and peaceful march on Mother’s Day in honour of the Mothers of April, who have lost a child during the crisis, is attacked by Sandinista paramilitaries in Managua after many hours of succesful protesting. It is probably the largest demonstration in the history of Central America. Other protests experience the same in the interior of the country. In total there are 16 deaths and dozens of wounded. Ortega announces to his supporters that he will not leave the office.

June 14: A national strike called by the opposition paralyzes the country, while police and paramilitaries increase their offensive. The Nicaraguan Center for Human Rights (Cenidh) reports 164 deaths and more than 1,400 injured in less than two months.

15 June: The dialogue is resumed and Ortega agrees to invite the delegations of the IACHR, the United Nations High Commissioner for Human Rights (OHCHR) and the European Union to visit the country.

June 25: A preliminary balance reports losses of 1,900 million dollars in tourism, construction, commerce and finance (equivalent to 80 percent of exports in 2017).

July 5: The United States puts three high-ranking Sandinista officials on the Global Magnitsky list and sanctions them for corruption and human rights violations: the director of the state oil company, Francisco López, the mayor’s secretary, Fidel Moreno, and the deputy chief of police, Francisco Díaz, who was subsequently promoted as head of the institution.

July 7: Ortega refuses to hold early elections before 2021 and calls the opposition and the Catholic bishops “assassins” and “coup mongers”. Two days later, the dialogue is suspended and in Diriamba (South) several bishops and the Vatican envoy Waldemar Sommertag are besieged and assaulted by Sandinista activists.

July 13: The opposition conducts a second national strike. At night, police and paramilitaries carry out a 15 hours long heavy attack on a university in Managua (UNAN). More than 100 students seek refuge in the nearby church of Divine Mercy, which is then attacked. The action leaves two dead and 16 injured, 1 was killed entering the church. People gathered outside the campus to pray for the students (vigilia) and put pressure on the police and paramilitaries to halt their attacks.

July 17: The Government regains control of Masaya, the main stronghold of civic resistance, after a violent action by police and paramilitaries in the city.

July 18: The Permanent Council of the OAS passes a resolution urging the Government of Nicaragua to hold early elections.

July 31: UNHCR, the UN agency for refugees, reports that 23,000 Nicaraguans have applied for asylum in Costa Rica after fleeing repression and violence in Nicaragua.

August 2: The Permanent Council of the OAS decides to create a “working group” to contribute to a peaceful solution in Nicaragua. The Government announces that it will not allow the entry of that commission.

11 of August: Parliament cuts the budget of health and education, and transacts the emission of 280 million dollars in bonds of the nation (public debt) to compensate for the decrease in tributary taxes.

August 29: Daniel Ortega accuses in a speech OHCHR (OACNUDH) of being an “instrument of death, terror and lies”. Two days later, the mission receives an order to leave the country.
2 of September: An armed attack on an opposition march leaves three wounded and the burning of police officer. Three days later, the government arrests university activist Edwin Carcache and accuses him of terrorism.

September 7: The opposition holds a third national strike, in the midst of student raids and arrests by the police.

September 24: The NGO Asociación Nicaragüense Pro Derechos Humanos (ANPDH) counts 512 dead and 4,062 wounded since the beginning of the crisis. The Government registers 200 victims.

September 26: The Committee on Foreign Relations of the US Senate approves a bill to sanction members of the Government of Nicaragua for human rights violations and to veto loans that the country requests from multilateral organizations.

September 28: The Sandinista police warns that it will not allow anti-government protests and that it will punish “organizations and people calling for illegal public gatherings and demonstrations.”

October 4: The formation of the National Blue and White Unity (UNAB) is announced, made up of 43 social organizations and opposition politicians.

14 of October: Police prevents the UNAB to carry out the march “United by the freedom” in Managua. More than 50 social leaders and protesters are arrested, causing international human rights organizations to condemn the arrests (MESENI/IACHR). Almost all detainees are released the following day.

Translated and adapted from the timeline presented by Gabriela Selser (DPA) on 16 October 2018, here: https://100noticias.com.ni/nacionales/93789-nicaragua-cumple-medio-ano-crisis/