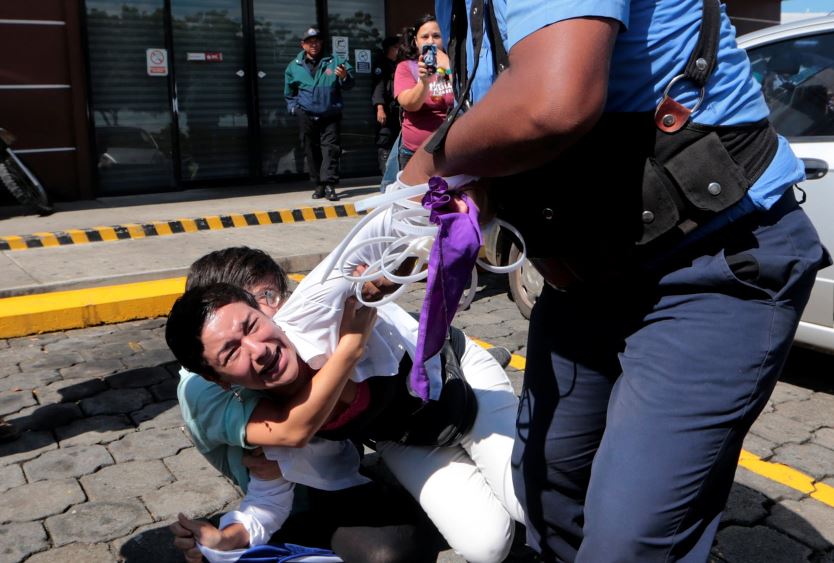 More than 300 have been killed, and 2,000 injured since protests over social security reform began in April

Weapons of war have been used to indiscriminately kill and injure anti-government protesters in Nicaragua, as part of the ongoing violent crackdown ordered by the upper echelons of government, according to an Amnesty International investigation.

At least 322 people have been killed and 2,000 others injured – mostly by the police and pro-government paramilitary groups – since demonstrations over social security system reforms began in April.

Protesters have been arbitrarily arrested, tortured, and at least 300 prosecuted, many on terrorism charges. At least one journalist has been killed, and several foreign reporters deported.

The new report by Amnesty, Instilling Terror, documents human rights violations committed between 30 May and 18 September 2018 that it believes were carried out with the knowledge, and on orders of the highest authorities in government, including President Daniel Ortega, and his wife, vice-president Rosario Murillo.

Ortega was once celebrated as a leftist guerrilla leader who helped win the Sandinista revolution. According to the Nicaraguan constitution, the country’s president is the commander-in-chief of the national police, and Ortega directly controls the force.

A minority of anti-government protesters have used homemade mortars and firearms, but the widespread use of lethal force has been disproportionate and mostly indiscriminate, according to Amnesty.

Erika Guevara-Rosas, the Americas Director at Amnesty International, said: “The strategy of repression implemented by the security forces and pro-government groups in Nicaragua has led to grave human rights violations under international law…. which must be properly investigated and those responsible should be brought to justice.

“The international investigation must not only direct perpetrators, but also any officials – independent of their rank and political position – who ordered, permitted, or knew about the violations yet did nothing to stop them.”

The report is based on 115 interviews that uncovered six possible extrajudicial executions. Victims include 16-year-old Leyting Chavarría, who was found dead with a gunshot wound to his chest following an attack in July on makeshift barricades in the city of Jinotega by riot police and paramilitary groups. The teenager’s body was found in an alley alongside a catapult.

In a separate case, also in July, officer Faber López was killed shortly after telling his family that he was going to resign from the riot police, and that if they did not hear from him the next day, it was because he’d been killed by colleagues.

Official reports said López was shot in the head by ‘armed terrorists’ while trying to direct traffic. His body was returned to his family with multiple signs of torture, but no bullet wounds.

Torture has been used by security forces as punishment and to force detainees to give false testimonies, the report concludes. Several people interviewed by Amnesty bore visible marks of injuries sustained weeks earlier.

As the official death and injury count continues to climb, the true number of victims could be even higher. Many people are too scared to report attacks, even deaths, to authorities in case of reprisals; official investigations are often inadequate and geared towards identifying protest leaders.

One consequence of the widespread persecution has been the internal displacement and forced migration of thousands of people, mainly to neighbouring Costa Rica. More than 20,000 Nicaraguans have applied or are waiting to apply for asylum since the crackdown began six months ago, according to the UN Refugee Agency.

The situation shows no sign of improving: on Sunday police detained more than two dozen protesters after using batons and stun grenades to breakup a peaceful demonstration in Managua calling for Ortega and Murillo to resign.