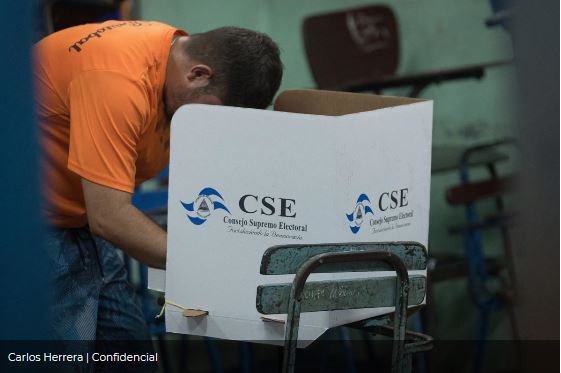 American scholar and electoral observer from the US, Shelley McConnell: It is necessary to change the electoral law before early elections

(FOTO) During a panel debate in the Woodrow Wilson Center, they warn about the technical control than the sandinista party has in the electoral process.

Inside and outside of Nicaragua, the most widespread idea is that the solution to the crisis in Nicaragua involves the immediate departure of President Daniel Ortega from office. However, for the American scholar Shelley McConnell: “We must focus a little less on the departure of Ortega and a little more on the institutions, and what are the elements of these institutions that we want to change, if we want a democratic political framework in Nicaragua” .

McConnell was part of the UN electoral observers for the elections in Nicaragua in 1990. She says that “advancing the elections will not be useful if the electoral system does not have the capacity to offer a free election, where the votes are counted honestly and there is international verification, at a significant level as was the case in 1990.
The academic was part of the forum “Turmoil in Nicaragua: Is there an end in sight?”, organized in Washington by the Woodrow Wilson Center. In the event, members of the Civic Alliance for Justice and Democracy, Douglas Castro, Lesther Alemán and Jeancarlo López also participated as panelists.

The Associate Professor at St. Lawrence University in New York, McConnell stressed that the current Nicaraguan Electoral Law must be changed before the elections are held, to restore confidence in the elections and to make them “inclusive”.

“It is not only important to change the Supreme Electoral Council, but also other structures of the system, including the technical control that the Sandinista party has in the electoral process,” said the academic, adding that “we must change almost all the elements of the pact ( between Ortega and former president Arnoldo Alemán) if you want to return to democracy ” in Nicaragua.

McConnell, co-editor of the book “The Sandinistas and Nicaragua since 1979,” doubts that Ortega hands over power before 2021. This should not be considered “necessarily a disaster”, since the opposition needs time to organize an electoral alternative with a program and a candidate. ”

“Although the Civic Alliance is united in the streets, the opposition in Nicaragua is usually divided, does not have a candidate and has no one to present as an alternative,” she says.

Douglas Castro acknowledges that at the beginning of the protests, last April, the young people were “very skeptical” with the political parties, but nowadays they know that if they want to “find a way out of the crisis” they will need to “build an electoral vehicle for all”.  They will need also the experience of those organizations, which do not have a protest movement.

McConnell notes that a late departure from Ortega could also be used to prepare the electoral observation process, which needs more than six months.

“Under normal circumstances, an electoral process, takes six months to prepare. It takes time to make a registration process, give credentials, identification papers to more people and verification to avoid irregularities,” the observer explains.

She adds that during those six months, national and international observation is also required. The groups of observers need prior time to “organize and identify financing.”

“Without the presence of many credible international observers it would be difficult to restore the necessary trust (in the elections),” she says.

For the academic, the changes in Nicaragua will have to come from within the country, because “if there is too much pressure from the United States, the Sandinistas will focus on that and, then, nationalism, among its adherents, will emerge as a central theme“.

She says that many Nicaraguans have put “their faith” in what the United States can do, although the US Government has reduced the money that goes to Nicaragua through the IMF and the World Bank.

McConnell stressed the role of the OAS and the formation of the Working Group for Nicaragua, although she does not see it as a “success” that the Secretary General of the organization, Luis Almagro, threatened to apply Article 20 of the Inter-American Democratic Charter on the Ortega Government. “An application of the Democratic Charter is a signal that the diplomatic options have failed, and that that path is now blocked,” she says.

Link to the original article in Spanish here