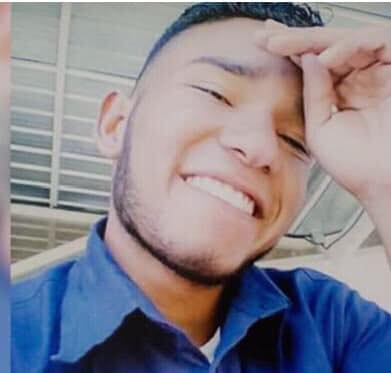 Today is a good day.

I woke up to the news that Dilon Zeledón from Matagalpa came home from prison yesterday, among 100 political prisoners in Nicaragua.

No, they should never have been imprisoned.

No, house arrest is not freedom, and the deal was the restoration of their full freedom.

Yes, the regime uses the prisoners in a mean game of negotiations. And there are at least 138 left on the list to be set free, and a lot of others, that they don’t agree on.

But, now, Dilon and the others are with their families and friends, and it makes me happy.

Today is a good day.

Dilon has been subjected to brutal treatment in the prison. He left the party’s student organization, UNEN, and supported the protests against government repression instead. The regime wanted to warn others from leaving their organizational structures. Therefore, the prison stay has been particularly hard for Dilon. 10 months it adds up to. He suffered from seizures due to the beatings and maltreatment but was denied medical assistance. The other prisoners protested to help him but were punished for doing so. Dilon has now lost his ability to hear on the right ear.

He is also a folk dancer as his father, and he coordinated cultural activities in the city of Matagalpa. He is almost finished as a public accountant, but the regime has expelled him from the public university and deleted his papers. In house arrest he cannot work. But, now, he is home.

Therefore, today is a good day.

In the pictures you can see Dilon in the prison with Eddy Montes who was shot dead last week, also from Matagalpa. Dilon can be recognized on his smile.